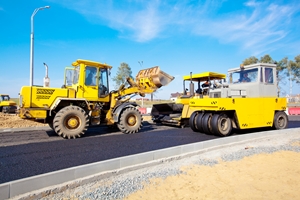 Stretching from Brisbane in the south to Cairns in the north, the 1,652km Bruce Highway is arguably the most important road in Queensland. With cities, infrastructure and the general public relying on the highway to be in the best condition, there are always upgrade announcements – increasing the scope for construction apprentices across the state.

The latest opportunity was outlined last month by Minister for Infrastructure and Regional Development Warren Truss. According to the minister, the design tender for the $174 million Cattle and Frances Creeks crossings north of Townsville have been given to a local business.

Queensland Minister for Main Roads, Road Safety and Ports Mark Bailey noted that the design phase should be completed by 2016, with construction to start the following year.

The construction work will include both bridge and road infrastructure upgrades at Cattle and Frances Creeks. This forms part of a wider project from the federal government to fix dangerous sections of the Bruce Highway.

Senator for Queensland Ian Macdonald explained the benefits of the new infrastructure and the advantages to the local community at large.

“A new higher-level section of highway from Cattle Creek to Toobanna will be built, as well as a new, higher-level, 160m-long bridge over Cattle Creek. The existing highway will also be upgraded, with key sections raised by around half-a-metre,” he said.

“The project is great news for local residents and heavy vehicle operators, who will have a safer highway and better access to major centres during times of flooding. It will also help underpin North Queensland’s growing economy.”

The Bruce Highway is a critical transport link for Queensland, but is also a vital part of the employment landscape. This was highlighted late in 2014, when the state government launched its Spruce the Bruce campaign.

According to the state government, there were almost 200 different infrastructure projects either currently live or planned in the near future for the Bruce. This was sparked by the landmark $8.5 billion 10-year deal with the federal government to fix dangerous parts of the highway.

“The Bruce Highway is a 1,700km lifeline for this state and if we want families and all drivers to be able to travel safely on it, we are going to need a record roadworks program,” former Queensland Premier Campbell Newman outlined at the time.

Construction on the Bruce Highway and Queensland’s road network as a whole will continue to be a major source of employment, which could only be positive for apprenticeship opportunities.