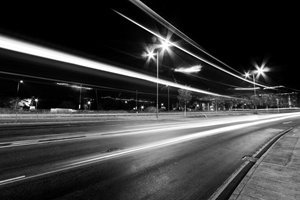 Like all major Australian cities, Perth is investing in infrastructure that can support future growth. Just one of these is a new bridge planned to help buses enter and exit the city promptly, one that should also provide a range of apprenticeship opportunities during the construction stage.

The $32.2 million project will connect to the James Street Bus Bridge, crossing the Graham Farmer freeway. For commuters, the project will enable them to enter and leave the city centre quickly, with the state government estimating it will cut up to six minutes from the average trip into the city for the affected routes.

As well as construction of a dedicated bus-only bridge, the project also involves extending bus lanes throughout the city to further improve the flow of traffic around the city. Beyond the benefit to public transport users, this initiative will also make it easier for motorists to travel along key roads in the CBD.

Construction on the project is scheduled to begin in early 2016, with the final bridge completed in 2017. The project is just part of a wider investment in the city’s bus infrastructure, complementing the delivery of the expanded Perth Busport, which will be unveiled in 2016.

While the city’s public infrastructure is set to see a notable increase thanks to this latest project, motorists are also set to benefit from new services as well.

To further ease traffic flows around the city, the Western Australian government has released details of five new off ramps and exit lanes for the Kwinana Freeway, Mitchell Freeway and Leach Highway. Each of these is designed to remove “pinch points” from the road network.

The project will also involve a range of resurfacing work that needs to occur on merging lanes to support each of these new projects.

Currently, the Western Australian government has dedicated $40 million to improving the state’s infrastructure and reducing congestion, which these projects make up just one part of.

Transport Minister Dean Nalder highlighted the range of benefits that this project is likely to provide for residents.

“This means drivers who want to leave the freeway will have their own dedicated exit lanes, allowing traffic to run more smoothly,” said Mr Nalder. “This allows through-traffic to flow and reduces ‘pinch-point’ congestion associated with merging two lanes into one.”

As both public transport and the motorway system see even greater investment in Perth, there are likely to be a number of new opportunities for those seeking a new challenge.