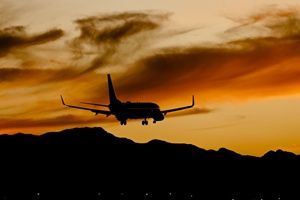 A Gold Coast Airport expansion will create hundreds of jobs in Queensland.

A $200 million upgrade to Gold Coast Airport is likely to create hundreds of new jobs in Queensland, with construction workers set to benefit in particular.

Earlier this month, Gold Coast Airport Pty Ltd unveiled its Preliminary Draft Major Development Plan for the project, which will involve the addition of five ‘air bridges’ and a new three-storey terminal.

The report confirmed 230 full-time jobs will be generated during the initial 2016-17 construction phase, while the airport is expected to create a further 180 operational roles between now and 2035.

Overall, the airport expansion is set to add $426 million to the state’s GDP over the next 20 years. The preliminary draft stated the airport would facilitate a further $62 million in tourism expenditure annually during this time.

Gold Coast Airport Pty Ltd underscored the importance of completing part of the renovation before the start of the 2018 Gold Coast Commonwealth Games. Approximately 117,000 visitors are set to descend on the region during the sporting event, as well as 5,000 athletes and 2,000 officials.

“In recent years, Gold Coast Airport has experienced high rates of growth due to an increase in low cost and full-service carrier airlines, both domestically and internationally,” he told the Brisbane Times on July 18.

“Recent investigations have found the capacity of aircraft parking stands is currently exceeded at peak times, and if no action is taken to provide additional aircraft parking by 2018 access to the airport would need to be restricted.”

The first stage of the two-phase construction process will begin early next year and complete in late 2017. However, the second stage is not scheduled to start until the Games is over, with a commencement date of late 2020.

The airport is currently the sixth largest of its kind in Australia, with approximately 5.8 million passengers using the transportation hub each year. A failure to improve the facility would mean 374,000 people annually would suffer delays and queues during the busiest travel hours.