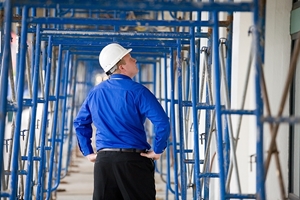 Construction will begin on a major redevelopment in the Gold Coast over the coming months.

The multimillion-dollar redevelopment of the Gold Coast Turf Club (GCTC) is one step closer to kicking off, after the state government awarded the contract for the first stage of the project.

Queensland racing minister Steve Dickson said the initial works will comprise vital infrastructure upgrades to the club, with major construction to follow over the coming months.

“This project, part of the LNP’s $110 million pledge for racing infrastructure improvements across the state, will deliver a world class club facility on the Gold Coast in time for this year’s Melbourne Cup celebrations,” Mr Dickson explained.

“The racing industry and the turf club are of great importance to the Gold Coast and the redevelopment comes at a time when we need major project impetus creating jobs and injecting millions of dollars into the local economy,” Mr Cook commented.

As part of the project, ten new corporate boxes will be built, while the existing grandstand will be upgraded, along with the lounge, bar and restaurant facilities.