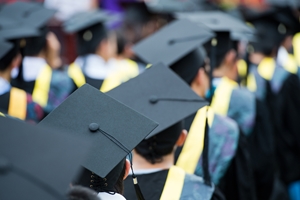 According to a March 7 release from The Australian, Ms Ley revealed the plan to shift career advice in school towards apprenticeships and trades-based training in a keynote address to TAFE Directors Australia on March 5.

Under this new system, careers advisors would be encouraged to educate students on the availability and benefits of school-based apprenticeships. Currently, only 9 per cent of vocational education and training students in Australian schools are taking part in school-based apprenticeships. The rest are instead completing other programs, such as non-trades qualifications.

“I also want to be sure we have a system which makes it clear to our kids that they no longer have to choose between school and a trade – that they can graduate Year 12 with the necessary skills to successfully continue their training with an employer,” said Ms Ley – as reported by The Australian.

The government’s intended focus on school-based apprenticeships has come in response to a steady decline in youth employment, despite a rise in university entrants over the past few years.

University student numbers are reported to have grown by more than 250,000 since 2008, yet youth unemployment climbed to almost 20 per cent across the country.

Encouraging students to take on school-based apprenticeships can help improve the youth unemployment rate, as it creates an effective pathway between study and work while ensuring young Australians gain the skills and knowledge that employers are looking for.

Additionally, a focus is expected to be put on trades-related industries in an effort to close the skills gap threatening certain sectors across Australia.

In her announcement, Ms Ley explained that traditional trades “must be promoted to all students and seen as a different, though equally valid, pathway for young people heading for university”.

Speaking to The Australian on March 7, Ms Ley said her address to the TAFE directors was an opportunity to receive constructive feedback on the proposed framework. She revealed a number of concerns were raised regarding the idea, including the need to reduce red-tape and maintain high standards of career advice in schools.

This includes ensuring that career advisors do not feel pressured to push students into apprenticeships regardless of their abilities and desires.

“Career advisers have an important role to play here – in fact they need to play a stronger role in identifying suitability and potential in students, not just look at their grades,” Ms Ley said. “Only then can they set students on the path that is right for them.”