Greater funding for tourism in Queensland 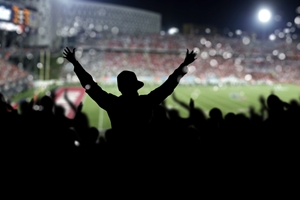 The most recent state budget has revealed ongoing plans to invest in the region’s hospitality infrastructure, with $250 million going towards projects supporting the games.

Another $34 million has been earmarked for greater tourism marketing and promotion, which will raise the profile of Queensland over the next year, providing a more immediate improvement for the state’s travel and hospitality sectors.

“We will continue the positive momentum gained over the past two years with Tourism and Events Queensland receiving funding of $98.7 million for 2014 – 2015,” said Ms Stuckey.

With increasing tourist numbers from Asia, this funding will offer new opportunities as the industry prepares for future growth. Visitors from China alone have recorded 2.2 million tourist accommodation nights last year, up 1.3 million in 2011.

Cornerstone projects, like the Commonwealth Games Village, have received large parts of the state government’s latest round of funding. The village is the recipient of $49 million to fund its construction, providing essential services like accommodation and restaurants to the Games athletes.

Ms Stuckey also identified a range of projects currently being funded and which were needed before the games began.

With Queensland also hosting the 2015 ICC Cricket World Cup and 2015 Asian Cup, there are plenty of other sporting events coming up that will bring greater spending to the region.

With such a wide range of new initiatives planned for the state over the next four years, there will be even greater need for apprenticeships in the Gold Coast and surrounding areas.

As these new projects move through the pipeline, a range of construction-related skills will be needed, from civil construction to plumbing, in order to build the infrastructure needed to support these initiatives.

In the future, there will also be greater demand for hospitality staff, as tourism numbers to the state continue to grow. Professions like chefs and bakers will be in high demand as the state welcomes higher tourist numbers, especially for the Commonwealth Games in 2018.