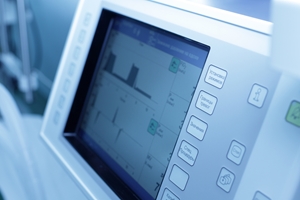 Hospital upgrades will support the ongoing health of Queenslanders.

State government spending influences the success of many different industries across Australia, ensuring there are apprenticeship opportunities and the support necessary for businesses to grow. In some cases, these investments impact multiple sectors, ensuring a wide range of benefits for the state economy.

One of the major areas of focus in the most recent state Budget was Queensland’s health sector, one that supports Australians of all ages and keeps thousands employed across various positions. As the government increases its spending on hospitals, not only does it open up more opportunity for healthcare employment, it often necessitates construction work as well.

The state’s health infrastructure is essential both to the wellbeing of Queensland’s population and its wider economy. To that end, a $17 million dollar upgrade that is planned for the Caboolture Hospital will have a significant effect on the people in the area.

This year’s Budget pledges just over $7 million to the cause, ensuring that work on the new ward and other additions can get underway within the coming months. The 32-bed new ward, according to Premier Annastacia Palaszczuk, will create employment opportunities in both the healthcare and constructions sectors.

“Combining this infrastructure upgrade with an injection of more clinical staff where they are needed most in this hospital means Caboolture residents can be confident they are receiving the best health care possible without leaving home,” she said.

“About 40 construction jobs, direct and indirect, will be created in coming months as we power ahead to finish this ward by early 2017.”

On top of these larger upgrades, the government also recently committed $4 million to upgrading the car park, a vital piece of infrastructure which means the facility is able to cope with the larger quantities of patients visitors and workers that will be expected once the upgrades are completed.

Minister for Health Cameron Dick noted that in the past year, Queensland’s health services have grown significantly as new professionals join the workforce. As he explained, this includes everyone from experienced doctors to new nursing graduates.

“This year, we have seen a record number of nursing and midwife graduates and junior doctors join Caboolture Hospital and these numbers are only expected to grow over coming years,” he explained.

“We have also seen five highly respected and experienced senior doctors join the Emergency Department to continue to meet demand from the Caboolture community.”

As the Queensland government continues to invest in these capabilities, the health sector will continue to grow and support job opportunities.