How will the Queensland Budget grow the state’s infrastructure? 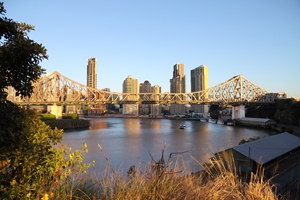 Brisbane city will be the focus of new infrastructure developments.

As Queensland’s population continues to grow, it’s important that the rest of the state’s infrastructure evolves with it. As more people flow into the state, highways, hospitals and other developments will be an important focus for government investment and apprenticeship opportunities.

These aren’t small changes either, as the Australian Bureau of Statistics reported that Queensland’s population is approaching 5 million people. Between 2014 and 2015, the state’s population grew by 55,000 to total just under 4.8 million. This growth could lead to significant pressure on current infrastructure, which is why new development projects were a major focus of the most recent Queensland Budget.

A state’s transport network has a significant effect on its population. If it’s eternally congested, people’s commutes get longer and businesses struggle to deliver goods and operate in a timely and cost-effective manner. Essentially, the roads, highways and train lines around Queensland are the state’s backbone.

In the most recent budget, just under $4.4 billion was set aside for transport development across road and rail. This wider fund includes two of the largest projects currently planned for the state, the Toowoomba Second Range Crossing and the Gateway Motorway North between Nudgee and Bracken Ridge, worth $400 million and $250 million respectively.

A growing population means more demands for health and emergency services to manage. This need has been recognised in the budget as well, and upgraded and new hospitals and medical facilities could create new work opportunities while also acting as an investment in the state’s health.

The state government noted that this investment goes far beyond simply upgrading hospitals as well. Included in the proposed $1.4 billion investment is a pledge to fund health technology research as well as improve mental health services.

Improved schools on the cards for Queensland children

For young Queenslanders to be ready for the world of work, they need to have access to state-of-the-art facilities that support learning. To this end, the Queensland Government has committed $645 million to both refurbish existing schools and build new education spaces for children across the state. The investment will also include a focus on early childhood facilities and other care services.

Overall, the Queensland Budget’s focus on infrastructure is a strong one that is likely to prompt new work opportunities for people throughout the state.