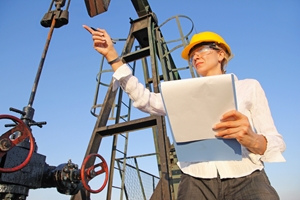 Giving local businesses in Queensland a chance to vie for lucrative infrastructure projects in the state could help boost apprenticeships and traineeships.

Several large-scale projects could be in the pipeline this year, including upgrades to the Gregory, Burnett and New England highways. However, the CCF QLD said it hoped these initiatives would not be handed over entirely to big international or overseas operators.

The organisation’s CEO, Robert Row, said smaller tenders would allow local businesses to share a slice of the infrastructure pie.

“A commitment to breaking these investments into smaller components would keep money flowing into the regions where it’s so desperately needed, keeping our young people in apprenticeships and skilling programs, and in sustainable employment, and our operators in business,” he stated.

The Productivity Commission’s Final Report into Public Infrastructure supported the idea of de-bundling large projects, with the CCF QLD adding that it helps ‘mum and dad’ firms remain competitive.

Other benefits include the distribution of risk across multiple contractors, more revenue value for the state and increased job opportunities.

The organisation called for a more sturdy approach to infrastructure investment that avoided the boom and bust cycles in Queensland.

“There is no time to waste – investment in infrastructure has tangible short and long-term benefits for the Queensland economy and communities,” Mr Row stated.

“Such investment leads to direct employment, growth and economic outcomes, as well as long-term benefits such as increased productivity.”

The CCF QLD also indicated that this could have a positive effect on traineeships in the industry in the future, giving businesses more options to provide employment opportunities to future workers.

According to Mr Row, government funding stability could provide a significant boost for small and medium-sized enterprises in the state.

Queensland’s construction industry relies heavily on government investment in transport, energy, mining and waste disposal contracts. A slowdown in the resources boom had been particularly troubling.

“Sound planning moderates these extreme peaks and troughs, which lead to skyrocketing project costs and reduced employment and training,” he commented.

“It gives contractors the certainty to make investment and employment decisions.”