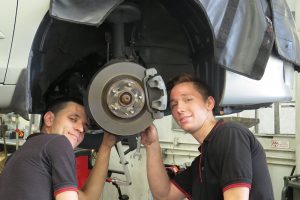 The Australian Bureau of Statistics (ABS) report released this morning revealed Australia’s unemployment rate has remained steady at 5.9 per cent in March while the jobs market smashed expectations of economists by the creation of 60,900.

The largest increase in employment was in Queensland up 28,800 jobs.

The detail behind the figures was also strong as all the gains were full time employment, where 74,550 new jobs added while part-time employment fell by 13,600 jobs.

Acting General Manager of ABS’ Macroeconomic Statistics Division, Jacqui Jones said there had been strengthening in full-time growth over recent months, following falls in full-time employment recorded through much of 2016.

The results were much better than forecast as reported in ABC News release. The typical economist expected employment to increase by around 20,000 and unemployment to remain at 5.9 per cent.

“It’s the biggest absolute change since October 2015. On that occasion, the Australian Bureau of Statistics (ABS) had problems with its survey sample,” he cautioned.

“This is great news for Queensland that we have seen the largest increase in employment and I urge employers to keep this momentum up and hire more unemployed young people.”

“Youth unemployment remains a significant issue in regional areas and now with the government extending the $100 million Back to Work regional jobs program* it is a great time to get on board,” said Mr Miles.

According to Employment Minister Grace Grace the Back to Work program was already supporting 2,692 jobs in regional Queensland, just nine months into the program – with nearly 1,300 applications in the pipeline, representing real jobs.

“Back to Work is delivering thousands of jobs throughout regional Queensland and that’s great news for job seekers, employers and local economies,” Ms Grace said.

For further information about apprenticeships, traineeships or the Back to Work ‘Youth Boost’ scheme, please call 13 BUSY (13 28 79) or visit www.busyatwork.com.au.