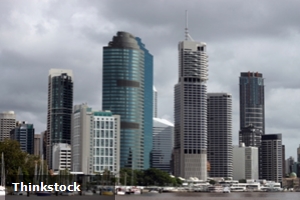 A major road upgrade is earmarked for Brisbane.

Brisbane City Council has unveiled the final designs for the multimillion-dollar Kingsford Smith Drive (KSD) upgrade – a project which may create opportunities for apprenticeships in Queensland.

Revealing the plans today (January 16) alongside future proposals relating to the city’s toll assets, lord mayor Graham Quirk said the project is vital to support expected growth at the Australia Trade Coast and the Port of Brisbane.

“We’ve got growth occurring there at the north shore that has to be catered for in the future – and significantly increased residential movement,” Fairfax Media reported Mr Quirk as saying.

“We’ve been saying for some time that KSD is the next big project on our agenda but we haven’t been able to give any timing around that.”

The new two stages of the KSD development will see the drive “widened to six lanes via a retaining wall built 20 metres out into the Brisbane River” – with the upgrades costing close to $800 million.

Mr Quirk went on to add that dumping the operation of the $308 million Go Between Bridge and the $1.5 billion Legacy Way tunnel would free up funds that could be used to accelerate the much-needed KSD project.

With the next stage of the upgrade one-step closer to kicking-off, the local construction sector may see a flurry of activity as contracts are announced in the near future.