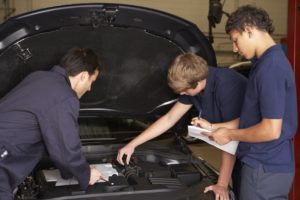 In monthly terms, trend employment increased by 24,900 persons between December 2018 and January 2019. This represents an increase of 0.20%, which was above the monthly average growth rate over the past 20 years of 0.16%.

Youth unemployment still remains high at 11.4% but has decreased by 0.9pts in the past year.

“Addressing youth unemployment and skills gaps is key to our future workforce and there are incentives for young persons and employers in skills-gaps industries that can be accessed, through apprenticeship and traineeship paths. These industries include construction, community services such as child care and aged care, telecommunications, the food industry and more”, Paul Miles, Managing Director for BUSY At Work stated. “With school-based apprenticeship paths, young people can get an early start as well, where practical work skills become part of their school curriculum”, he further stated.