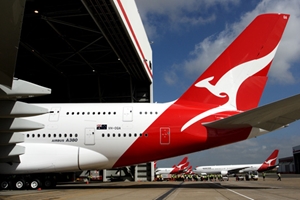 The redevelopment of Cairns Airport could generate economic benefits for the region.

The billion-dollar redevelopment of the Cairns Airport reached a major milestone today (March 27), after the state government approved the project’s Land Use Plan.

Deputy premier and minister for state development, infrastructure and planning Jeff Seeney said the plan will help shape the future direction of the airport’s core activities – such as regional, domestic, international and general aviation, as well as freight, logistics, engineering, maintenance and training facilities.

“Cairns Airport is one of Queensland’s most strategically important infrastructure assets,” the deputy premier explained.

“This plan recognises Cairns Airport’s role as a centre of economic activity for the far north Queensland community, generating jobs and helping to diversify the employment market.”

The major redevelopment – which could provide opportunities for apprenticeships in Queensland – is also expected to generate new business opportunities, with the airport’s expansion likely to bring more people to the area.

Mr Seeney said the community was consulted over the Cairns Airport Land Use Plan to ensure that the region is prepared and satisfied with the new aviation enterprise precinct.

The prospect of a second runway at the Airport would also undergo rigorous assessment by the state and federal governments, he added.