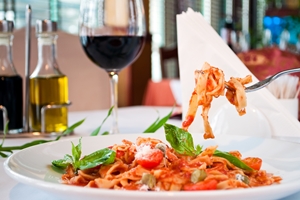 Apprentice and trade chefs across Central Queensland will dish up their best meals in the regional WorldSkills Cooking Competition.

The search is on for the best apprentice or trade chef in Central Queensland with the regional WorldSkills Cooking Competition to heat things up in the kitchen.

Apprentice and trade chefs in Mackay and Rockhampton are being invited by WorldSkills Australia to enter and bring their best to compete for gold.

The stage will be set for the cooking battle at CQ TAFE Rockhampton Campus on August 11 with the competition for apprentices/tradespeople who are born on or after January 1 1990.

Apprentice chef Christopher Lodder of Kracker’s Bar & Bistro is game for the challenge, after receiving a text from a chef telling him to enter.

“Not knowing what the ingredients are will be the most exciting part,” Christopher said via The Morning Bulletin.

This competition provides an opportunity for those pursuing cooking apprenticeships in Mackay and Rockhampton to show off and be recognised for their skills with competitors to create a three-course meal consisting of an entree, main and dessert using ingredients from a mystery box.