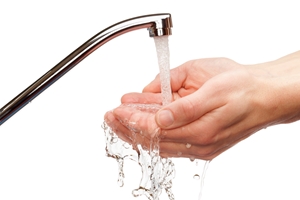 Water quality and quantity will improve in Mackay thanks to the Royalties for the Regions program.

Mackay Regional Council will be moving forward on water improvements at Marian and Mirani with the support of $6.4 million in funding from round two of the Royalties for the Regions (RR) program.

The funding will help build a new $14 million water treatment plant and raw intake system at Marian, which is encouraging for those seeking construction apprenticeships in Mackay.

The improved water quality and quantity is a step towards accommodating the significant population growth sparked by the booming resources sector in the region.

“Water for Marian and Mirani is currently sourced from groundwater bores which are inconsistent in their ability to meet demand,” said Deputy Premier and Minister for State Development, Infrastructure and Planning Jeff Seeney on October 28.

“This project will improve sustainability of the water supply to the towns and improve the capacity for future population growth.”

The RR program began in 2012 as a four-year initiative to invest $495 million into new and improved community infrastructure, roads and flood mitigation projects. These will benefit people who live, work and invest in Queensland regions with strong ties to the resources sector.

Round one of the RR program invested over $49 million in funding to 18 projects across six local government areas. Construction has now begun on all approved plans, including the Roma flood Mitigation in Maranoa and several road upgrades in the Western Downs region.

The second round of the RR scheme made $95 million available for projects in regional Queensland. A number of pre-commitments had been made for crucial road improvement plans, and other projects were chosen from a number of Expression of Interest applications gathered before August this year.

Once the four-year program is completed in 2016, the Queensland government will continue its support of resource regions in the state. The government has already pledged an ongoing commitment of $200 million each year.

Over the two rounds of the RR program, the Mackay-Whitsunday-Isaac region has been granted almost $16 million in funding for three major projects.

This latest funding will be confirmed by the end of the year, after the Mackay Regional Council submits a detailed business case for the water improvement project.