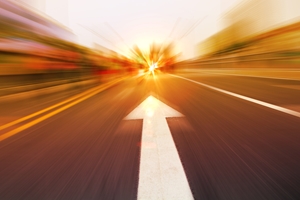 The first round of funding originated from a $35.5 billion investment from the federal government to support infrastructure developments across Australia. This commitment was announced as part of the Land Transport Infrastructure Bill, released by Deputy Prime Minister and Minister for Infrastructure and Regional Development Warren Truss on February 28.

“We are moving to deliver the infrastructure Australia critically needs through our $35.5 billion Infrastructure Investment Programme, which, over six years, will build the vital road and rail projects to improve efficiency, boost productivity and drive Australia’s economy forward,” Mr Truss explained.

In Queensland, the projects expected to benefit from this funding commitment include a $6.7 billion upgrade of the Bruce Highway and $1 billion grant towards the Gateway Motorway North redevelopment in Brisbane.

The government has also invested $300 million to complete the planning stages for the Melbourne to Brisbane Inland Rail project and $1.75 billion into the Roads to Recovery infrastructure program.

“Australia’s future growth and prosperity will be significantly influenced by our capacity to deliver more appropriate, efficient and effective infrastructure,” said Mr Truss.

“Our collaboration with states and territories and the private sector will enable the successful delivery of the infrastructure Australia expects, industries need and our people deserve.”

These projects are expected to create numerous opportunities for employment and apprenticeships in Queensland, particularly in construction and civil works.

In addition to the federal investments, the Queensland state government has committed almost $100 million towards the second round of the Royalties for the Regions program.

Twenty regional councils across the state are expected to benefit from a range of projects, including water facility upgrades, road improvements and funding for childcare services.

“Royalties for the Regions is successful because of its collaboration and partnership with industry and local government,” Deputy Premier and Minister for State Development, Infrastructure and Planning Jeff Seeney said in a March 3 media release.

“Almost $135 million has been provided in co-contributions for Round 2 projects: $48 million from local government, $51 million from industry and the remainder from state and federal government agencies and the not for profit sector.”

Notable funding investments include $12.7 million committed to the Kin Kora Roundabout upgrade in Gladstone, $10 million towards the O’Mara Road Upgrade in Toowoomba and $10 million awarded to the Kingaroy Wastewater Treatment Plant Upgrade.