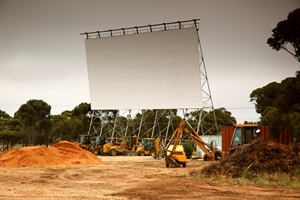 Queensland-based minerals exploration company Aus Tin Mining has officially been awarded the Marlborough exploration tenement, which could result in future opportunities for mining apprenticeships in Rockhampton should explorations prove successful.

Previous exploration in Marlborough has found the area is potentially rich in nickel, chromite, zinc, copper, chrysoprase and other precious metals.

The tenement means that while the Queensland government officially owns the land in Marlborough, a leasing agreement allows Aus Tin Mining to exclusively explore and prospect in the area.

Formal notification of the tenement agreement was received from the State of Queensland on January 7.

Initially, Aus Tin Mining plans to focus on exploring the chromite and chrysoprase reserves in the area to identify projects that can be brought into operation quickly.

After the primary projects have been set in motion, the company will then move to explore potential larger-scale opportunities to mine the precious metals and minerals in the area.

Chromite is an important mineral used in the manufacturing of stainless steel and alloy steel.

Large chromite seams have already been discovered in Marlborough, with a number of samples containing traces of nickel and copper oxide staining. This indicates significant quantities of these base metals may be present in the area.

Chrysoprase is a semi-precious metal highly valued in the Asian market. Commercial chrysoprase mining operations are already present in the area, west of the Aus Tin Mining tenement.

Previous exploration within the tenement has identified extensive occurrence of chrysoprase across the Marlborough tenement, particularly towards Emerald in the East.

Currently, no modern gold exploration has been attempted within the tenement area. Historically, gold mining was prevalent in the area and the presence of chromite, nickel and copper indicates the presence of gold.

Additionally, this mixture of minerals and metals also suggests the presence of platinum and palladium, which is encouraging as the price of palladium has risen rapidly in recent years.

Although the operational mining job opportunities are a few years away, the Marlborough tenement is encouraging for those in the area who may be considering a construction career in this sector.

Recent reports had forecast the Queensland mining industry was waning and predicted employment in mining construction would fall significantly by 2018.

The announcement of this Marlborough tenement indicates that new mining projects are still possible across the state, with future projects expected to create significant mining construction apprenticeships in Queensland.