Master Electricians Australia accepting nominations for Apprentice of the Year 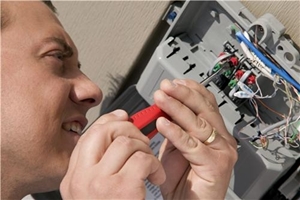 Master Electricians are taking nominations now for Apprentice of the Year.

The Master Electricians Australia Apprentice of the Year Awards are a symbol of excellence, with the winners representing the cream of the industry’s crop, setting the benchmark for future generations of apprentices.

The 2013 National Apprentice of the Year will receive the opportunity to work with industry peers, an all expenses paid trip to Sydney for them and their employer to view the new HPM facility and to dine with HPM and MEA executives, as well as a trophy to show off their achievement.

Also fast approaching are the 2013 Far North Queensland Excellence Awards, which will give those pursuing traineeships or apprenticeships in Queensland the opportunity to be recognised for their efforts and achievements.

Nominations for both awards close on July 31, with the awards ceremony to be held on August 24.