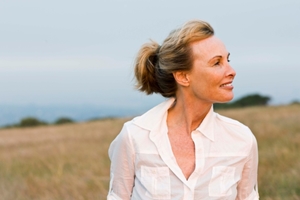 Businesses are being given incentives to take on mature age workers

Mature age jobseekers are keen to work and just need the opportunity to prove themselves.

This is according to Kate Ellis, federal minister for employment and participation, who argued that there are millions of older people being ignored simply because of their age.

“There are over 3.8 million mature age Australians and many want to work, yet every week I hear stories from many mature age jobseekers about their frustration in searching for work,” she explained.

Mature age apprenticeships are one way people can boost their skills set to help secure jobs, while the federal government has also launched an incentive scheme for older individuals in an effort to improve employment participation.

The initiative offers businesses $1,000 if they take on mature age staff, with 2,500 of these bonuses being made available each year until 2016.

“We are determined to do anything we can to get more mature aged Australians into work,” Ms Ellis stated.

According to the politician, the bonuses should help break down the barriers to employment for this demographic, while also encouraging companies to see the value of hiring older personnel.

Entitled the $1,000 Experience+ Jobs Bonus, the incentive is part of several investments under the Commonwealth government’s $55 million project to help mature age workers.