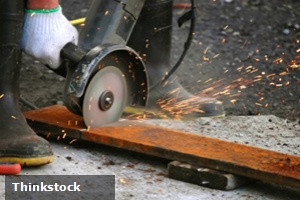 Skills shortages in the resources sector could arise soon

An increase in training is needed to overcome anticipated skills shortages in the resources sector.

This is according to a report by the Australian Workforce and Productivity Agency (AWPA), the federal government’s key skills advisory body, which outlined several industries where upskilling staff will be required.

Key trades such as welding and steel fabrication were highlighted, as well as oil and gas jobs.

“In spite of increased levels of training activity occurring at various levels of industry, it is evident that this will not be sufficient to meet the needs of the resources sector,” it explained.

However, traineeships in Queensland may be doing their part in helping the state fill troublesome vacancies, with the report noting that companies found skilled workers “relatively easily” in 2011.

This included metal fabricators and metal machinists, both of which experienced a shortage of trained candidates across the country.

AWPA data showed employers at resources firms in Queensland filled 65 per cent of their surveyed positions, attracting an average of 2.6 suitable applicants per job.

This compared with the national average of 62 per cent and 1.7 qualified jobseekers respectively.

The organisation called on companies in the industry to increase their use of federally funded initiatives, including the National Apprenticeships Program, in an effort to drive recruitment in certain areas.