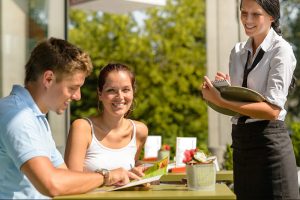 Figures release last week by the National Centre for Vocational Education Research (NCVER) show the number of people starting an apprenticeship or traineeship is up 2.9% for the September 2016 quarter, compared with the September 2015 quarter however, the increase is not from our trade occupations.

The NCVER attributed the overall 17% increase to 23,400, in non-trade commencements which include hospitality workers (up 600); and sales assistants and sales people (up 500).

Trade commencements, decreased by 14% to 14,400. The main occupations contributing to the decline were other technicians and trades workers such as gas/petroleum and chemical plant operators (down 800); construction trades workers, such as plumbers, bricklayers, carpenters and joiners (down 600); and electrotechnology and telecommunication workers (down 500).

NCVER has produced this work on behalf of the Australian Government and state and territory governments, with funding provided through the Department of Education and Training.

NCVER is the national custodian of data about Australia’s VET system, including apprentice and trainee data. It is a not-for-profit, independent company owned by the Commonwealth, state and territory Ministers responsible for training