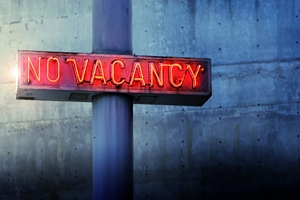 New hotels will offer a greater range of accommodation at Brisbane airport.

Air travel is the backbone of Queensland’s tourism industry, attracting visitors from right across the country, along with increasing numbers from overseas. This growth is already driving a number of changes, from plans to make Brisbane airport one of the largest in the country, to new hotels and entertainment facilities around the state.

In fact, two hotels have recently been announced which will bring new opportunities for people looking for an apprenticeship in Brisbane.

These latest projects represent a big move forward in supporting the overall operations of the airport. A 130 room Pullman hotel is currently planned, along with a 243 room IBIS hotel. Both of these hotels are likely to have ground broken in 2015, with construction completed in 2016.

Along with a big increase in the availability of hotels at the airport, there will be a range of different services provided by these facilities. Conference spaces and restaurants are also planned to accompany these new initiatives, both of which are located near the existing domestic terminal.

For those looking for an apprenticeship in the construction sector, these projects will offer a number of possibilities. A total of 1,000 jobs are expected to be created across these two hotels, once ground has been broken.

At the same time, these hotels will introduce a number of new facilities, with accompanying opportunities for traineeships in the tourism and hospitality industry. These developments will need a range of workers like chefs in order to operate effectively.

In total, around 350 jobs will be created once these projects have been completed, with these skills spread over the various facilities.

At the unveiling of this new initiative, Brisbane Mayor Graham Quirk pointed to the benefits that new hotels would bring to the city as a whole, according to the Sydney Morning Herald.

“We need to have the ability to be able to accommodate that. It’s jobs for our city.”

As Brisbane’s tourism sector enjoys continued growth, these developments are likely to bring big benefits for those seeking apprenticeships and traineeships in the construction and hospitality sectors.