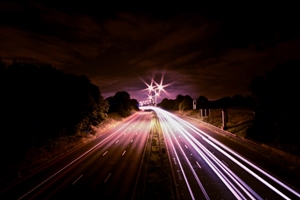 The motorway expansion will support more than 1,000 jobs in Queensland.

The $1.162 billion Gateway Upgrade North initiative has entered the final design stage, with the project expected to be a boon for Queensland jobs.

More than 1,000 roles will be supported during the construction lifecycle of the scheme, which encompasses an 11.3 kilometre section of road between Nudgee and Bracken Ridge.

Proposed changes include expanding the motorway’s existing four lanes to six lanes, as well as upgrades to the Nudgee Road interchange. The Deagon Deviation is also scheduled for renovation, widening the road to two lanes in both directions.

Stirling Hinchliffe, Member for Sandgate, said the project is crucial to improving infrastructure for the tens of thousands of drivers who use the motorway each day.

“This expansion will reduce the bottlenecks that happen during peak times and improve the local road network. I know motorists will enjoy the benefits of these upgrades,” he commented.

Lend Lease was chosen as the preferred developer on the Gateway Upgrade North, with the Queensland government selecting the company from a shortlist of three candidates.

State coffers will provide $232.4 million of funding for the project, while the Australian government has committed the remaining $929.6 million.

Politicians at a federal, state and local government level have praised the Gateway Upgrade North project as an innovative scheme to improve safety for road users, support jobs and reduce congestion.

Deputy Prime Minister and Minister for Infrastructure and Regional Development Warren Truss lauded the positive impact the initiative will have on employment in the state. The upgrade is likely to create new jobs and may provide opportunities for apprenticeships and traineeships in Queensland.

In July, Assistant Minister for Infrastructure and Regional Development Jamie Briggs said 80,000 drivers will benefit once the project is complete.

The northern section of the Gateway Motorway is heavily congested because it links important freight hubs, such as Brisbane Airport and the Port of Brisbane.

Major construction works on the upgrade are scheduled to begin next year, and the project is due to be completed and commissioned by late 2018.

Works will also include pedestrian and cyclist facilities, as well as the introduction of Intelligent Transport Systems, including ramp metering and variable message and speed signs.