Gold Coast opportunities will surge over the next 35 years 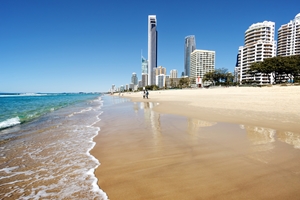 Growth across the Gold Coast will create many opportunities.

The population of the Gold Coast is likely to double in size by 2050, creating an abundance of opportunities for jobseekers across the region.

A new KPMG report, titled Beyond the Horizon, claimed there will be 1.1 million people living on the Gold Coast within the next 35 years, requiring a cultural shift towards a more knowledge-based economy.

The study predicted an increased need for infrastructure development and higher demand for skilled workers in health care, education and professional services, which could spell good news for Gold Coast traineeships.

Bernard Salt, a KPMG partner who authored the report, said financial services, travel and charity work could also enjoy a surge in vacancies.

“Lifestyle and entrepreneurship will continue to shape the future of the Gold Coast, but as it grows it must also evolve as a knowledge city,” he explained.

“The sun, surf and sand factor has delivered prosperity and quality of life for the Gold Coast up to the half a million population mark but something else will be needed to drive the city’s success by mid-century.”

Preparing for the future

The report, which is part of a larger project by Regional Development Australia Gold Coast, highlighted the importance of identifying key growth areas.

“This study has confirmed the things we already assumed – that the city must evolve beyond its lifestyle, leisure and retirement base. It needs to be taken seriously and I believe it will shake the minds of future investors,” he stated.

“The City of Gold Coast’s strategies – cultural, transport and economic development – are all aiming towards this future vision, to be a truly global city with a positive and prosperous future.”

According to the report, infrastructure opportunities that will encourage Gold Coast growth include the NBN rollout, the rail and light rail extension to Coolangatta, and the construction of a new cruise ship terminal.

The redevelopment of important regional centres, such as Southport CBD, Robina, Coomera and Broadbeach, could also have an important impact on the city.