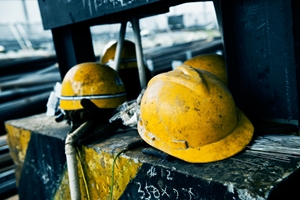 The project is expected to create 120 jobs in Western Australia.

The development of the Koombana North precinct is expected to create 120 jobs in Western Australia, as the WA government looks to revitalise the Bunbury Waterfront.

State Lands Minister Terry Redman visited the site on Friday (February 26) to inspect the initial work of local firm APH Contractors, which will be carrying out the project. Koombana North is made up of five lots that government development agency LandCorp will deliver.

“The rejuvenation of the Bunbury Waterfront is part of the government’s bigger picture to support the economic growth of Greater Bunbury and the south-west region,” he said.

The City of Bunbury gave approval to AustPro Management Services Group for a development application at Koombana North’s Lot 1 recently. The plans include commercial and retail space, as well as proposals for 14 residential apartments. AustPro bought the lot, along with options to purchase Lot 2, from LandCorp in a $1.5 million deal last year.

News that this stage of the development will create more than 100 jobs is likely to be welcomed by apprentices and trainees in Western Australia, particularly those in trades-based placements.

The state saw unemployment drop 0.4 percentage points in January, which was more than any other state or territory, according to the latest Australian Bureau of Statistics data. The number of people without a job in Western Australia now sits at 5.9 per cent.

The WA government said it was dedicated to redeveloping the Bunbury Waterfront, with work beginning 15 years ago when LandCorp delivered the Marlston Hill precinct.

Bunbury Mayor Garry Brennan recently commented that he was excited about progress on the Koombana North project, which he claimed is a “fantastic location” near Marlston waterfront.

“The city council has created a positive investment environment thanks to initiatives such as rezoning to meet market demands, engaging with our community and establishing solid partnerships with the Bunbury Chamber of Commerce and Industries and state government,” he stated.

Other key initiatives include the $58 million redevelopment of Bunbury Forum Shopping Centre and a $10-15 million upgrade of the Plaza Shopping Centre.

According to the WA government, the remaining lots for Koombana North will be released over the next 18 months.