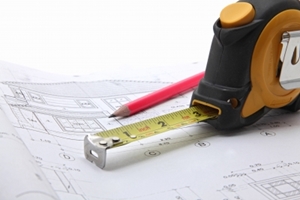 Teams will be busy preparing their plans for Brisbane's first Canstruction event this August.

The global build competition which has appeared in cities such as Toronto, London, Chicago and Athens will be making its way to Queensland for the first time this August.

Canstruction involves teams of up to six coming together to construct giant-sized structures made entirely out of food.

“The teams have five hours to build their structures, which could potentially stretch several square meters across Reddacliff Place. At the close of the competition, after the winners are declared – as voted by the public – more than 20,000 canned food items will be donated to the charity Food Bank,” said Engineers Australia Queensland division president Simon Orton.

Mr Orton said that designs are extremely diverse, ranging from Bob the Builder to miniature cities and cars.

“Canstruction is a creative and fun way to highlight engineers as providing the ‘building blocks’ for society. Engineers play a critical role in designing, building and managing Australia’s major infrastructure.”

Canstruction is being held as part of Australian Engineering Week from August 5-11, which could be a top event to attend for those interested in pursuing construction or engineering apprenticeships in Queensland.

Australian Engineering Week is aimed at changing the way Australians think and talk about engineering, with free events for the public to be held across the state.

Some of the other events taking place for engineering week in Queensland are a heritage bus tour, Brisbane City Hall daily tour and the Thiess Spaghetti Bridge Competition.