Over 16,500 jobs created in Townsville and the Gold Coast 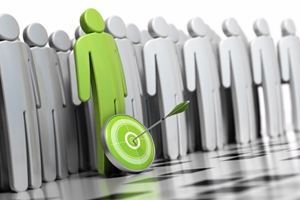 Employment is on the rise in Townsville and the Gold Coast.

Employment prospects in Townsville and the Gold Coast appear to be on the rise, with more than 16,500 jobs created across the two regions over the year to April 2015.

Australian Bureau of Statistics data showed the Gold Coast boasted the lion’s share of the gains, generating opportunities for 14,100 people last month. In Townsville, a further 2,500 positions were added at organisations across the city.

The news is likely to be encouraging for Gold Coast and Townsville apprentices and trainees, with Treasurer Curtis Pitt claiming the state government has a clear objective to boost employment. Results for Townsville were particularly welcomed, as the region has previously suffered one of the highest rates of youth unemployment in the state.

“Our strategy focuses on job-creating projects and growing the economy, which is the best way to tackle unemployment and provide more employment opportunities in the regions,” Mr Pitt said. “It includes supporting up to 32,000 Queenslanders back into a job – particularly the young and long-term unemployed – by investing $240 Million in Skilling Queenslanders For Work.”

Labour force participation was up 2.1 percentage points in the year to April, while Townsville saw an increase of 1.7 percentage points. Mr Pitt said this indicates more people are looking for work now that jobs are becoming available.

The treasurer was also quick to reinforce the government’s commitment to upskilling young people in the hope of them gaining the qualifications required to take on new roles.

“To give young Queenslanders the job opportunities they deserve, we’ve reinstated a payroll tax rebate for apprentices and trainees. This is part of a comprehensive employment strategy to tackle unemployment and create more jobs,” he explained.

The payroll tax initiative enables employers who take on an apprentice or trainee in Queensland to receive a 25 per cent rebate on another worker’s salary. The Palaszczuk government has set aside $45 million fund the scheme.

Townsville and the Gold Coast were not the only regions to experience significant job gains in the year to April. Organisations in Moreton Bay created 12,300 roles over the 12-month period, while 10,100 people in Greater Brisbane also found work.