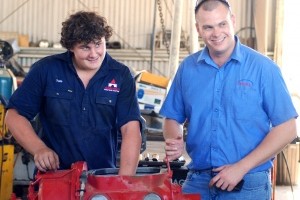 The Labour Force figures released last week show unemployment rate has fallen to 5.6 per cent in August 2016, while participation rate decreased by 0.2 percentage points to 64.7 per cent. This was despite the Bureau of Statistics estimating the loss of 3,900 jobs last month.Since May 2016, the seasonally adjusted underemployment rate has increased by 0.3 percentage points to 8.7 per cent.

Since December 2015, there are now around 105,300 more persons working part-time, compared with a 21,500 decrease in those working full-time.

ABC News reported this rise in part-time work is also showing through in the underemployment rate, with a 0.3 percentage point rise to 8.7 per cent of the workforce who would like more hours of work than they are currently performing.

The trend monthly hours worked increased by 1.7 million hours (0.1 per cent), although it remained below the high in December 2015, reflecting the shift in full-time and part-time employment.

Capital Economics has estimated that the Census may still have boosted the employment numbers by around 10,000, meaning the fall in jobs was quite a bit bigger than it looked.

BUSY At Work CEO Paul Miles noted his concerns about the drop in the number of full time employment.

“While the overall unemployment rate has fallen slightly we should not lose sight of the overall trend in the growth in part-time employment.

“As a strong advocate for apprenticeships and traineeships I appeal to employers and industry leaders to support the Australian Apprenticeship model.

“Through employing apprentices and trainees, they receive on the job skills and passed down knowledge which brings longevity in the careers for our youth and therefore helps to secure a robust economy for our future,” Mr Miles said.