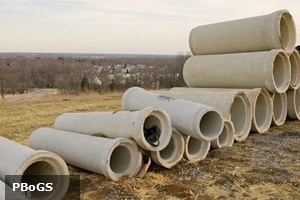 The awarding of a new contract to install more than 90km of steel pipelines is expected to provide a boost to jobs in Queensland.

The contract, believed to be worth around $100 million, was granted to Brisbane-based Murphy Pipe and Civil Constructions Pty Ltd.

It will be responsible for laying pipelines of various diameters, which will transport coal seam gas and water between gas and water processing facilities in the Surat Basin.

Where possible, local people will be recruited for the work, which is expected to be completed by the middle of next year.

Queensland Curtis LNG project director Mitch Ingram said that local communities will reap the benefits of projects such as this.

He continued: “This is just one example of a business that will offer employment to local people and use suppliers and service providers in the Western Downs, spreading the economic benefits more broadly.

“We have spent more than $400 million in the Western Downs region between Toowoomba and
Roma and there is much more to come.”

Opportunities for apprenticeships in Surat Basin could soon improve, as the Toowoomba and Surat Basin Enterprise recently received its official launch.

The group is designed to help boost employment in a number of industries throughout the region.