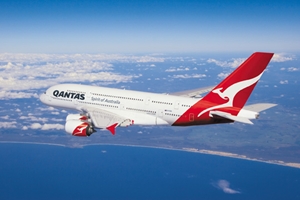 A $30 million project to upgrade Qantas’s heavy maintenance facilities in Brisbane will create hundreds of employment opportunities, including 30 apprenticeships in Queensland.

“It would have been all too easy for them to have gone offshore, but the decision shows that Queensland provides an environment where global companies can be competitive and I congratulate Qantas for their commitment to Australia,” Mr Newman said.

“Queensland is the traditional home of Qantas and this announcement demonstrates the important role the state will play in the long-term future of the airline.”

Qantas chief executive officer Alan Joyce said the multimillion-dollar upgrade, which works will begin on this month, will involve “transforming an existing line maintenance hangar into a facility capable of supporting up to three lines of maintenance”.

The announcement comes off the back of Qantas’s recent decision to invest an additional $70 million on a new catering facility at Brisbane Airport and the resuming of direct flights from Sydney to the Gold Coast.