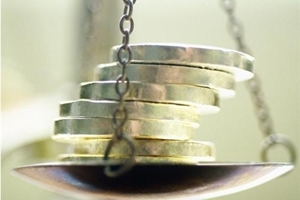 The construction industry will continue to be an economic driver for Queensland.

Major construction projects in Queensland are tipped to slow next year, however, activity in the sector will continue to sit at record levels.

That’s the assertion made in the latest Construction Skills Queensland (CSQ) report, which forecast a $7.5 billion decline in the value of major developments over the next four years.

However, the latest data is not to be misinterpreted as a downturn in the industry, with the BIS Shrapnel report stating project activity will still be significantly higher than what it was in the 2011-12 year.

“It is also likely to be sustained at high levels through the subsequent five years given further investment in energy and minerals projects and higher urban infrastructure requirements,” it noted.

The report also pointed towards an upswing in the mining and energy sectors to drive growth in the state’s building industry – a trend which may boost opportunities for apprenticeships in Queensland.

Mr Schimming said as activity winds down in the gas sector, workers will return to commercial and residential projects.