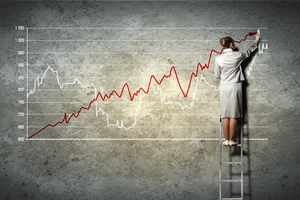 The Queensland government has said jobs growth is a key focus.

The Queensland government has announced a commitment to boosting job growth in the state, which will include a focus on apprenticeships and traineeships.

Earlier this month, Queensland Treasurer Curtis Pitt said there is a lot of work to be done, especially considering the recent “disappointing” Australian Bureau of Statistics labour force data.

The figures showed trend unemployment in the state dropped 0.1 per cent to 6.5 per cent in February. This is above the national average rate of 6.3 per cent.

“The number of Queenslanders with a job has risen only 6,400 over the past year, not enough to keep pace with new jobseekers entering the market,” Mr Pitt said.

“Even though monthly data can fluctuate, the underlying trends are disappointing, and reinforces the priority we will place on creating jobs collaboratively with business and industry.”

One of the key commitments made includes providing $45 million in payroll tax rebates to employers that hire apprentices and trainees in Queensland.

Furthermore, the government aims to ensure 10 per cent of employees working on top-tier projects will also be apprentices and trainees. Ready for Work, a scheme aimed at preparing young people for the jobs market, is also in the pipeline.

“We are serious about addressing the number of Queenslanders who are out of work, particularly our youth and those in regional areas,” Mr Pitt commented.

“Our government’s focus has been and always will be on jobs.”

Aside from the commitment to apprenticeships and traineeships, there will also be a $40 million Business Development Fund designed to provide money for joint ventures that include start-ups.

It is hoped the move will create a range of jobs in Queensland, as well as boost innovation by bringing new ideas to the market quicker.

Despite shortcomings in recent employment data, Mr Pitt claimed there are a number of positive trends on the horizon for the Queensland jobs market.

Firstly, building approvals climbed 2.6 per cent in January this year, which resulted in an 8 per cent jump when compared with the same month in 2014.

Consumer spending has also improved, with nominal retail sales “rebounding solidly” in December, having been sluggish throughout the majority of last year.

“And, increases in the value of meat and minerals along with Queensland’s first shipment of liquefied natural gas saw the nominal value of Queensland merchandise exports grow by 5.8 per cent over the year to the January quarter 2015,” Mr Pitt concluded.