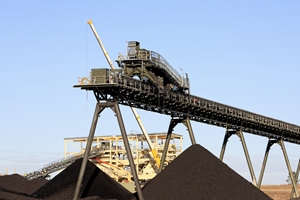 Australian industry to 'shape up' for next phase of investment.

Those interested in pursuing apprenticeships in Queensland based in the resources sector will be encouraged to hear that there is a new surge predicted for this line of work.

Queensland Resources Council (QRC) Chief Executive Officer Michael Roche, speaking at the Australian Steel Convention in the Gold Coast yesterday (September 9), said some of the investment in the works include GVK’s Alpha Coal Project in the Galilee Basin.

“These Galilee Basin mine, rail and port projects could be the next big thing in Queensland after the completion of the three LNG projects in Gladstone,” Mr Roche said.

“Arrow Energy is looking to present to its owners in 2014 the business case to move ahead with Queensland’s fourth coal-seam gas to LNG project in Gladstone.”

Full-time employment in the mining and resources sector has remained steady over the 12 months to May 2013, according to the Australian Bureau of Statistics, with Mr Roche commenting the resources investment boom has “peaked for now”.

“What we must do now is adjust for the production phase and get our Australian industry in the best possible shape to compete for the next phase of investment.

“Yes, the global market is oversupplied with coal and some other mineral commodities, but all the official forecasts show that this oversupply will be overtaken in time by a strong underlying growth in demand.”