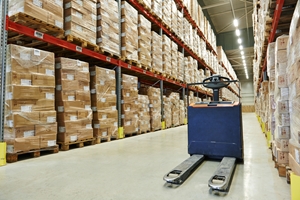 How will indigenous jobs change due to the budget?

For Queensland to remain economically successful, it needs to provide jobs for all people around in the state. In some cases, this demand for equal opportunities results in unique initiatives designed to assist specific groups of Australians.

The recent Queensland Budget included a significant focus on Indigenous employment and what the state could do to support these Queenslanders. Along with providing support for these people when they are seeking employment, the state government has promised to focus on their wider economic needs as well.

The ongoing commitment from state governments and industry bodies to support indigenous people in the workforce is set to continue over the coming years with the help of these initiatives.

In the most recent Queensland Budget, $2 million has been dedicated to an Economic Participation Strategy that intends to further improve the financial wellbeing of these individuals. The fund has been setup to grow partnerships with various industry bodies across the state that will boost indigenous employment opportunities.

On top of this, the initiative intends to create stronger support for indigenous businesses, which would subsequently also increase employment and apprenticeship opportunities. Minister for Aboriginal and Torres Strait Islander Partnerships Curtis Pitt stated this will have a significant effect on these Queenslanders.

“This will redefine the way we create jobs, and create growth, in Indigenous communities,” he explained. “The aim is to make sure that in a fairer Queensland, no area is forgotten.”

Some of Queensland’s most active sectors rely heavily on the influence of industry bodies. This fact has been recognised by a relationship between the Department of Aboriginal and Torres Strait Islander Partnerships (DATSIP) and the Queensland Resources Council (QRC). DATSIP will contribute $300,000 to the QRC over the next two years to ensure it remains a source of indigenous employment opportunities.

The QRC has reported significant success when it comes to growing indigenous participation in the state’s busy mining sector. Many of the organisation’s members have seen the number of indigenous employees increase by as much as 20 per cent since 2014.

According to the QRC, it has been a supporter of initiatives such as these since 2007, and its hosting of the annual Indigenous Awards for the mining sector reinforces this commitment.