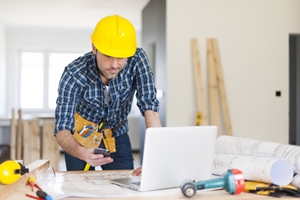 The construction industry should benefit from a rise in building approvals.

Queensland’s apprentices and trainees working towards trades and real estate qualifications are likely to welcome the news that the state’s dwelling approvals continue to rise.

Figures from the Australian Bureau of Statistics (ABS) showed the number of buildings given the green light increased for the third consecutive month in November 2015. The data revealed an 11 per cent jump when compared with the same period the previous year.

According to Master Builders Australia (MBA), South East Queensland is performing particularly well, with the region’s approval data leading the country. Queensland also appears to be bucking the downward national trend, with Australia recording a 12.7 per cent drop in approvals overall.

The state government confirmed there were 3,841 properties given the go-ahead in November, an increase of nearly 400 on the previous year. Acting Treasurer Bill Byrne said the value of residential projects surpassed $1 billion for the month.

“This increase reflects the continuing strength of Queensland’s housing construction industry, which has been driven largely by approvals in Inner City Brisbane, Brisbane South and the Gold Coast,” he explained.

“There has never been a better time to build in Queensland where housing generally has a marked affordability edge over the major southern capitals.”

Mr Byrne said approvals were on the rise for units, townhouses and apartments, with medium-to-high density dwellings jumping 21.2 per cent in the year to November.

He said the apartment building pipeline is especially busy over the coming months, which will provide more job opportunities in Queensland. This performance compared with notable drops in apartment approvals across Victoria, South Australia and Western Australia.

Deloitte Access Economics research predicted Queensland will experience higher growth than all other mainland states in Australia this financial year. The company’s Queensland Index found 57 per cent of people said ‘yes’ when asked if they felt the state was heading in the right economic direction.

“It’s heartening to see that South East Queensland is leading the way, as conditions in the housing sector continue to show good results,” he commented.

Previous forecasts from MBA predicted 220,000 housing starts will commence this financial year, and if Queensland’s approval figures continue to impress, the state can expect a healthy proportion of these projects.