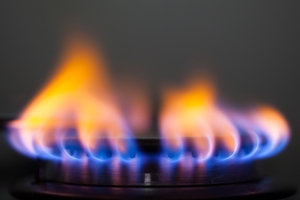 Natural gas is just one area which is driving growth in Queensland.

The professional services company has recently pointed to what it sees as the bright spots of the Queensland economy, with this growth underpinning the state’s future success.

Central to this development is the increasing potential of liquid natural gas (LNG) coming out of the state. Despite initial problems with getting these processes right, LNG is now becoming a core part of the Queensland economy, with new opportunities available as a result. The first LNG deliveries from these projects are currently scheduled for 2014-2015.

International demand for coal has also remained high, with record exports from the state helping to boost this sector of this economy.

Chris Richardson from Deloitte Access Economics suggested that the Queensland economy is outpacing the perceptions that many locals have about the state’s economic performance.

“Queensland’s economy is performing better than its residents realise, and the State is predicted to outperform New South Wales and Victoria over the coming years in terms of population growth, employment growth and overall economic growth,” said Mr Richardson.

“Queenslanders have a lot to feel positive about. The State’s project pipeline is pretty well spaced, which leaves it at less risk of a pothole in activity between resource-related construction projects finishing and most resource export volumes picking up.”

Other bright spots for the Queensland economy include the growth of domestic construction activity and increasing tourist numbers into the state.

Another major boost for the state is the recently signed free trade agreement between Australia and Japan. The deal opens the door for increased exports of valuable products like wool, cotton and frozen beef and lamb.

With beef the largest product sent to Japan, and Queensland able to export large quantities of frozen meat, the state stands to benefit from increasing access to overseas markets.

At the same time, increasing agricultural exports are also an advantage for those seeking a traineeship or apprenticeship in Queensland. With a traineeship often the only way to get into the animal care industry, this is a necessary step for those looking to benefit from increasing beef exports from this sector.