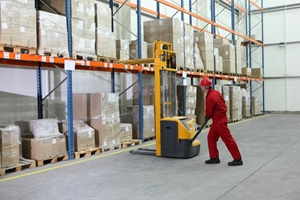 Exports are thriving in Queensland, particularly on the Sunshine Coast.

Merchandise exports have risen significantly over the last 12 months, with the value of goods sold to overseas buyers rising 19.3 per cent year on year.

The figures, published by the Australian Bureau of Statistics in July, showed the state’s exporters generated $46.5 billion in the year to the May quarter 2015.

Queensland Treasurer Curtis Pitt said rising prices for minerals, meat and coal products were the main contributors to growth. The LNG industry, which is expanding rapidly, also provided a boost.

The figures will be encouraging for many of the state’s businesses, indicating international demand for Queensland goods remains strong. This growth is likely to have a positive effect on revenues and could drive employment in the state, including a potential boost for apprenticeships and traineeships.

He added that meat exports jumped 32.8 per cent over the period, with the increasing value of beef a primary factor. Crop exports, including grain, chickpea and sorghum, also showed signs of a recovery.

The Sunshine Coast has been identified as one of the areas most likely to benefit from export growth in the state. The Chamber of Commerce and Industry Queensland (CCIQ) said it fully supports exporters in the region.

Kimberley Lynch, Regional Manager for the Sunshine Coast at CCIQ, said organisations are already benefiting from the local council’s export and global capacity initiative. The scheme provides information and advice to businesses about exporting opportunities.

“With the new free trade agreements, there are even more opportunities now for Sunshine Coast small businesses to explore this as a way to grow their business,” she explained. “We have traded for many years now as an import economy and with nine free trade agreements in force and a further six under negotiation, Australia seemingly moves from strength to strength.”

According to the Sunshine Coast Regional Economic Development Strategy, the area is aiming for a 20 per cent export rate on all of its goods and services within the next 18 years. The CCIQ said the country has a number of high-quality export commodities to rely upon, despite the fact Australia’s manufacturing industry has slowed in recent years.