Queensland plumbing gets a boost with new regulatory body 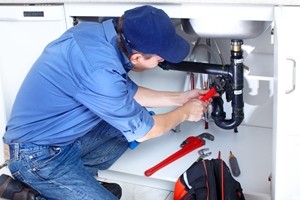 Different industries and professions throughout Australia depend on overarching regulatory bodies for a range of supporting services. From ensuring worker safety and opportunity to offering business advice, these authorities have an important role to play in helping specific industries stay competitive and profitable for various businesses.

It’s essential that the plumbing industry has access to ongoing and stable support.

For plumbers across Queensland, the demise of the Plumbing Industry Council in 2014 meant the lack of an industry-specific body to support the sector. Instead, any concerns business or individual employees had were routed through the Queensland Building and Construction Commission (QBCC). As an important creator of apprenticeships in Queensland, it’s essential that the plumbing industry has access to ongoing and stable support.

Since 2014, there has been no dedicated industry voice for plumbers throughout the state of Queensland. Now that has all changed thanks to the formation of the Services Trades Council (STC), which will act as a vital representative for workers throughout the plumbing industry.

The authority is made up of professionals from a range of backgrounds, including both the public and private sector and past union representatives. According to the Minister for Housing and Public Works Mick de Brenni, the new dedicated authority will provide stronger connections between the industry and government, as well as having a range of other positive effects.

“The government will be able to draw on members’ expertise regarding policy development around licensing, discipline and dispute resolution, as well as general issues relating to plumbing and drainage,” he explained.

“The STC will be able to consider complex licensing applications, such as when workers enter the industry with international qualifications.”

Is there still a skills shortage in the plumbing industry?

There are many industries throughout Australia experiencing skill shortages, a market condition where it can be difficult for employers to find apprentices or full-time employees. According to the Department of Employment, there was a shortage of plumbers in metropolitan areas throughout Queensland in August 2014. Since then supply has increased, a positive sign as the department also reported that rising building activity has created even more demand for these professionals. The good news, however, is that the market isn’t oversupplied either, meaning there are still a range of apprenticeship opportunities in Queensland as the residential construction market grows.

The formation of the STC has come at the perfect time. As there is no longer a skill shortage, there’s a greater number of employees and business in the industry, all of which will need support from a regulatory body.