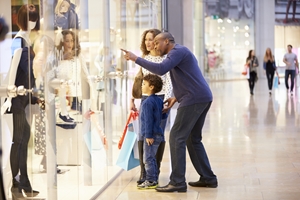 Queensland’s retail sector saw turnover climb 0.3 per cent in January, bringing year-on-year growth to 2.4 per cent. The industry’s continued strength in recent months could spell good news for jobs in the state.

The Australian Bureau of Statistics (ABS) announced the January figures on Friday (March 4), with national retail earnings also increasing 0.3 per cent. According to the organisation, almost all states experienced rises – except Victoria, where the monthly data was relatively unchanged.

Australian Retailers Association (ARA) Executive Director Russell Zimmerman said the impressive results would give hope to businesses across the country. The ARA claimed the post-Christmas boom, back-to-school sales and warmer weather all contributed to the January data.

“The first month of 2016 experienced a healthy level of growth, well in line with the ARA’s expectations,” Mr Zimmerman explained.

“While this is a great start to the new year, what we really would like to see is sustained, incremental rises in retail sales.”

The ABS found ‘household goods retailing’ and ‘cafes, restaurants and takeaways’ were among the strongest performers nationwide, with both categories posting 1 per cent growth. Meanwhile, the ‘other retailing’ segment expanded 1.4 per cent.

Despite growth in the wider retail sector, figures from National Australia Bank (NAB) revealed online purchases dropped 0.2 per cent between December 2015 and January this year. However, NAB highlighted the strong growth of 1.9 per cent in December as a potential factor.

In the last Australian Census, there were 217,610 employees in Queensland’s retail sector. However, much has likely changed in the five years since the 2011 survey was compiled.

Recent growth in the sector is likely to create more opportunities for trainees in Queensland who are working towards their industry qualifications. The Chamber of Commerce and Industry Queensland (CCIQ) said there are various factors that provide favourable conditions for retailers.

A lower Australian dollar has also encouraged more people in the country to forgo holidaying abroad, which provides a boost for the state’s retail and tourism industries.