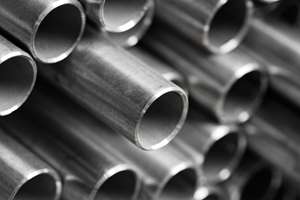 Manufacturing could become an even stronger sector in Queensland.

The Chamber of Commerce and Industry Queensland (CCIQ) has described the state’s manufacturing sector as a cornerstone of the economy, but it said more should be done to support the industry.

According to the CCIQ, manufacturing helps boost the state’s innovation, productivity, investments and exports, as well as creating numerous jobs in Queensland. However, the organisation admitted the industry faces various challenges.

Government statistics show manufacturing generates approximately $18.3 billion a year for the Queensland economy. CCIQ Senior Policy Advisor Kate Whittle said the sector is the state’s third largest, although the industry is on the decline nationwide.

“Manufacturing has a strong future in Queensland. Provided government at all levels collectively focus on the right type of manufacturing and make it easier for existing manufacturers to compete, the manufacturing sector has significant potential to contribute to the continued growth and diversification of Queensland’s economy in a post-mining boom environment,” she added.

Her comments came as the CCIQ prepared to launch the Manufacturing Futures Report – an in-depth exploration of what industry organisations and the government can do to boost the sector.

Ms Whittle said the document outlines various ways in which businesses and politicians can work together to create a more innovative manufacturing landscape in Queensland.

The CCIQ worked on the report in partnership with Cook Medical Australia, a provider of custom-made stent grafts that help to treat abdominal aortic aneurysms.

Managing Director of Cook Medical Australia Barry Thomas said current policies could be made more favourable in order to convince Australian manufacturers to remain in the country.

“Manufacturing may be a key contributor to the economy, but in reality it has the potential to offer much more. Australia has always been an innovative country, but now lacks the ability to compete globally from the manufacturing perspective,” he explained.

The state’s advanced manufacturing sector currently employs roughly 190,000 people, according to Queensland government data. Growth in the sector could have a significant effect on employment, as well as offer opportunities for apprentices and trainees in Queensland.

One of the changes that Mr Thomas supports is the introduction of a patent box, which would levy taxes on profits from locally developed intellectual property at reduced rates. This would allow Australian businesses with innovative ideas to achieve a competitive advantage if they stay regional.