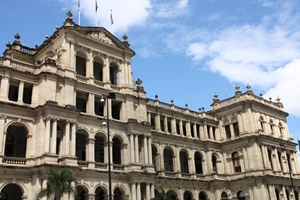 Queensland's tourist attractions are set to increase, as new developments take off across the state.

This expansion has most recently been confirmed by a survey from CBRE Group. Their survey of Queensland’s hotel market identified that upwards pressure on the supply of rooms would drive future growth in the industry. Between 2010 and 2011 alone, the average occupancy rate for Queensland hotels jumped from 75 per cent to 79 per cent.

With such strong demand for new rooms, the state is also playing host to a number of different hotel developments. One of the largest is set to be the Aquis resort, north of Cairns. This $4.3 billion development at Yorkeys Knob was approved by Queensland legislators last year, although discussions regarding casino licencing are still ongoing.

If approved, ground could be broken either late 2014 or early next year, with construction expected to be completed by 2018. This project alone is expected to create 9,000 jobs during construction and another 10,000 in permanent staff once the facility has opened.

Features of the resort include a stadium, golf course, shopping centre and five hotels within the first stage of development.

Other areas of the state are also set to see increased tourism opportunities, with new hotels planned for the Gold Coast and Brisbane in coming years. The number of casinos in the state is also increasing, with one facility planned as part of the Aquis resort. Brisbane’s CBD will also soon have a new gambling destination, thanks to the redevelopment of Queens Wharf.

Finally, the state is also enjoying greater tourist numbers. Queensland has seen even greater quantities of tourists, while the average amount that these visitors spend has also increased over time.

Apprentices and trainees will be among the workers who can benefit most from increasing construction and hospitality across the state. As Queensland sees greater investment into the tourism sector, builders, tilers and plumbers will all be in high demand to complete projects.

At the same time, qualified staff will be needed to run hospitality and tourism ventures. Demand for chefs, bakers and bartenders will increase as the state plays host to greater numbers of tourists from around the world.

With many projects still at the planning stage, now is a great time to set yourself up for a career in a trade or other field which can support this industry.