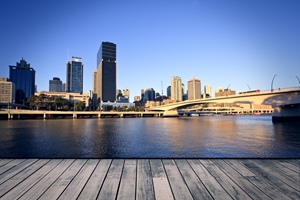 As the nation’s unemployment rate fell to 5.8 per cent last month, Queensland was leading the country in employment growth as 4,200 new jobs were created last month alone.

“In the 12 months to March 2014 Queensland created more jobs than any other state, in both trend and seasonally adjusted terms,” Treasurer Tim Nicholls said in an April 10 media release.

These figures should be encouraging for those seeking apprenticeships in Queensland, particularly as this impressive trend is expected to continue. So far, Queensland’s trend employment has increased 11 months in a row.

According to ABS, Queensland’s participation rates also rose to 66 per cent in March this year, despite the national rate falling by 0.2 per cent to 64.7 per cent. This was largely influenced by an increase in the number of people employed in part-time jobs, with more than 3,000 Queenslanders taking on part-time employment last month.

“We know there is more to do, and that not all Queenslanders are yet experiencing the full benefits of this growth, but the figures are encouraging,” Mr Nicholls explained.

“[The ABS] figures again highlight the need for the Government to be able to fund job-creating infrastructure projects in the future.”

Boosting job growth in particularly important in the capital, as further data from ABS shows population growth in Brisbane is outstripping much of the rest of the state.

The proportion of people living in Greater Brisbane accounts for half of Queensland’s total population – 2.24 million people as at June 2013. Between 2012 and 2013, the capital’s population increased by 2.1 per cent.

Overall, Queensland’s population expanded by 1.9 per cent in 2013, the third fastest growth of all Australian states and territories, behind only Western Australia (3.3 per cent) and the Northern Territory (2.1 per cent).

These figures show there is a growing need for job creation in Queensland, with an increasing demand for employment opportunities and apprenticeships in Brisbane, in particular.

As the population rises across the state, businesses should benefit from access to a growing labour force. However, to truly make the most of this trend, it is important to ensure organisations are offering the right opportunities. This includes traineeships and apprenticeships for those individuals struggling to make the transition into the workforce.

For more information about hiring apprentices and trainees, get in touch with the BUSY At Work team today.