Queensland to build on ecotourism growth 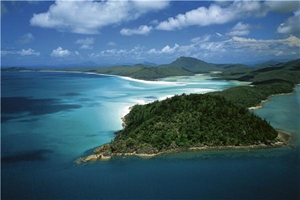 Amendments passed by the Queensland government could help build on ecotourism growth in the state.

Amendments to the Nature Conservation Act 1992, the Forestry Act 1959 and the Brisbane Forest Park Act 1977 will help with growing ecotourism and cutting red tape in Queensland.

The Queensland parliament passed these amendments last night (April 18), where they are expected to ‘increase access and enable innovative investment’ in the National Parks.

“Any proposal for ecotourism facilities in National Parks will be required to comply with all existing local, state and federal regulations, including the need for Environmental Impact Statements where appropriate, in addition to strict environmental provisions as outlined in the Bill.”

If these ecotourism facilities were to come to fruition, it could provide opportunities for apprenticeships in Queensland.

Mr Dickson said that these changes will act as a catalyst for strengthening a world-class eco-tourism industry in Queensland, establishing “appropriate, environmentally-friendly facilities” built with natural integration as the most important feature.

He added that the Nature Conservation and Other Legislation Amendment Bill 2012 would also simplify the permit system for pre-existing infrastructure on national park estate land – such as water pipelines, powerlines and telecommunications towers.