Queensland tourism boosted by a billion 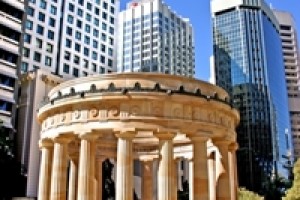 Brisbane is among a host of cities and areas in the State expecting increased tourist activity.

Queensland’s already fruitful tourism industry has received a huge boost after recent data released by Tourism Research Australia revealed increased spending in the sector over the last twelve months. Tourism has long been a great source of revenue and income for the state, but according to this new data it has reached new heights.

This new information shows that the hospitality industry, as well as the tourism one, received an incremental boost of nearly $1 billion. It revealed that an additional $950 million extra had been spent by domestic travellers in the Sunshine State.

An incredible increase in domestic spend

When speaking at Southbank TAFE to trainees preparing for jobs in the tourism sector, Premier Annastacia Palaszczuk said that the development of the industry and the subsequent expenditure is a result of the Government’s focus on supporting jobs growth.

“We’ve always said we’d be a government that put job creation front and centre. Seeing this increased expenditure by Australians who have chosen to travel to Queensland will support jobs like the roles these young people are training for today,” Ms Palaszczuk said.

The year ending 2016 saw record results for domestic travel within Australia. Broken down into overnight and day trips:

In Queensland alone, overnight trips and regional expenditure went up significantly over the last twelve months. The number of visitors rose 6 per cent to 20.2 million, while the spend increased 7 per cent to hit $14.6 billion.

There couldn’t be a better time to look for work in the tourism and hospitality industries in Queensland. In a separate announcement, Tourism and Major Events Minister Kate Jones revealed that there will be funding made available for 14 upcoming events to be held in the state.

Tourism and Events Queensland (TEQ) will support the 14 events through $252,000 in funding. According to Ms Jones, since its launch in May 2015, TEQ’s destination events funding program had provided support for 91 events State-wide.

“TEQ’s Queensland Destination Events Program (QDEP) is an important element of the Government’s investment in the tourism industry. Following the latest round of grants, we have now invested more than $3.7 million in events throughout Queensland,” she said.

Here is a breakdown of the upcoming event supported by the QDEP:

The tourism industry has always been and will continue to be a burgeoning one in the Sunshine State. The coming months and years will offer fantastic scope, variety and opportunities for people looking for job opportunities in the sector.