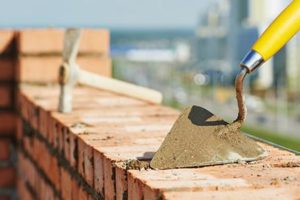 According to the latest national apprentice and trainee data, there is a rise in the number of people commencing apprenticeship and traineeship.

Apprentices and trainees 2017 – December quarter, published by the National Centre for Vocational Education Research (NCVER), provides a national picture of apprenticeship and traineeship activity and includes both quarterly and annual figures that can be broken down by state and territory.

Assistant Minister for Vocational Education and Skills, Karen Andrews MP said despite the overall number of apprentices in training being down slightly compared with the end of 2016, there is early evidence of an increased uptake of apprenticeships and traineeships.

“What the data shows is an increasing number of people are moving into apprenticeships compared to the end of 2016 and there are positive results in occupations like construction and mechanical trades,” Assistant Minister Andrews said.

Minister Andrews said it is increasingly important for states and territories to look at innovative programs to grow the number of apprentices and support them to continue through their training into the workforce.

“Queensland had the highest increase with 39,930 apprenticeship commencements, up 8.5% for the December quarter.

“Given the fact that it’s tough going out there for many small businesses this is fantastic news.

“Unfortunately, we haven’t seen the same for Western Australia, where commencements have continued to decrease each quarter.  This time down a further 1.2% to just 19,460 commencements.

“The Federal and state governments have some excellent incentives to help build business confidence and provide opportunities to grow and create jobs.

“The Queensland Government’s commitment to job creation through it’s Back to Work program has been a huge success throughout the state and I urge the Western Australian government to consider providing better support in this space,” Mr Miles said.

For more information about Back to Work call on 13 28 79 or check out our website www.busyatwork.com.au

Non-trade commencements increased by 6.3% in the same period, with the biggest increases seen in general clerical workers (up 25.2%) and machine and stationary plant operators (up 52.2%). However, the number of completions in the December 2017 quarter decreased by 8.4% to 25,105 when compared with the December 2016 quarter.

The report Australian vocational education and training statistics: Apprentices and trainees 2017 — December quarter is available from www.ncver.edu.au/publications. A range of related data products, including an interactive infographic and data slicer, are included with this release.