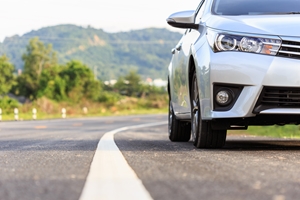 Queensland roads are getting safer.

With hundreds of thousands of cars on the road around Queensland, it’s important that the state is home to safe streets and highways that can handle traffic flows and prevent accidents. The continuing infrastructure upgrades around the state are a great source of apprenticeship opportunities. The more the population continues to grow, the more cars and other vehicles that end up on Queensland roads, necessitating further spending.

However, one of the other main motivations for keeping Queensland roads to a high standard is safety. According to the Queensland government, the number of fatal crashes has risen this year when compared to the same timeframe from 2015. Could new road projects make a difference throughout the state?

Queensland’s busy highways need to be able to serve traffic volumes that can drastically change. As these roads become more congested, they can create dangerous situations for motorists. The Kennedy highway will soon be the focus of a project to add extra overtaking lanes to better manage speed differences between traffic.

The work is part of the Safer Roads Sooner initiative, which represents a $62 million commitment from the state government to ensure any dangerous patches of road around Queensland are improved.

Main Roads and Road Safety Minister Mark Bailey, the Kennedy Highway project in particular will seek to ensure that the road is more hospitable to drivers from outside the local area.

“The work is part of several road safety projects in the area and will benefit local motorists and heavy vehicle operators who use the road regularly, as well as tourists.

The Safer Roads Sooner program ensures there is an ongoing commitment from the state government to address dangerous locations around the state. With crash statistics on the rise in comparison to 2015, it’s important that contractors have access to enough people to get these projects completed on time.

There are a number of ways the program seeks to make roads safer by creating safer intersections , increasing skid resistance so there’s more grip for drivers and removing hazards or covering them with guardrails. The extent of the work needed in some roads across Queensland means these projects are likely to remain important for job creation in the state.