Roma Hospital will bring more than 250 jobs to Queensland 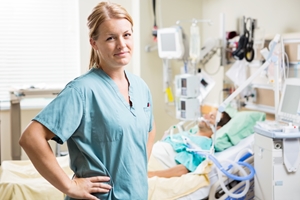 The construction of a new public hospital in Roma is expected to create more than 250 jobs in Queensland during the building phase, according to the state government.

Premier Annastacia Palaszczuk said the project, which is part of the $180 million Enhancing Regional Hospitals scheme, shows the government’s commitment to developing health services in the state.

Health and Ambulance Services Minister Cameron Dick announced the Enhancing Regional Hospitals initiative in July 2015. He claimed it would create employment opportunities for nearly 1,000 people in the construction sector, which could have a positive knock-on effect for trades-based apprenticeships in Queensland.

Visiting the Roma site on Thursday (January 21), Ms Palaszczuk claimed it was an exciting day for the area, with tradespeople across various professions expected to benefit when construction proceeds.

“My government will be building a brand new Roma Hospital that will better meet the public’s health needs,” she stated. “Initial planning for the new hospital indicates an increase in capacity from 3,000 to 3,500 patients per year at a cost of around $70 million.”

According to the Queensland government, consultation with community groups will commence in the near future, with specific locations, dates and times yet to be confirmed.

Mr Dick said building work on the Roma Hospital would probably start later this year. The designs, which will take into account public feedback, will be released in mid-2016.

“Parts of Roma Hospital are over 70 years old with a number of maintenance issues,” the minister stated. “We have decided a new build is the most cost-effective option for the future of the hospital and one that will best meet community expectations.”

The renovation project will address structural defects and clinical functionality issues, as well as a backlog of other problems. The state government said plans for new infrastructure are also in the works.

Last year, Mr Dick said the Enhancing Regional Hospitals initiative was an excellent way for the government to boost Queensland jobs without selling off assets.

Lindsay Godfrey, South West Hospital and Health Board Chair, said the announcement was good news for local communities. He also thanked the state government and the Department of Health for their support of regional health services via generous investment.