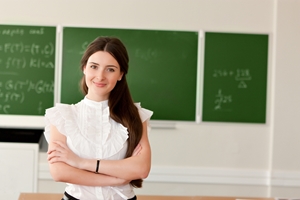 Several schools in the region will undergo maintenance during Easter.

Bundaberg’s students are on holiday for Easter, and the state government is using the break to complete a range of maintenance projects on the city’s schools.

Education Minister Kate Jones said the work will support tradespeople working across the region, including a number of apprentices in Queensland. The renovation schemes are part of the state government’s $763 million program to improve public schools over the next four years.

“The Palaszczuk government is not only building better schools here in Bundaberg, we are also providing valuable jobs for local tradies and training opportunities for apprentices,” she explained.

“I want our local state school students to have the best possible learning environments to make the most of their education.”

Ms Jones made the comments while visiting Kepnock State High School earlier this month (March 22). She was at the school, which is receiving more than $250,000 of maintenance works next month, alongside Member for Bundaberg Leanne Donaldson.

Kepnock will benefit from a new industry-standard kitchen for the home economics department, recreation areas near the school hall and landscaped teaching facilities.

School Principal Nick Howkins said the landscaped section would have covered areas and a raised platform, enabling teachers to teach classes outside.

In addition to Kepnock school, tradespeople will carry out maintenance at Avoca State School and Bundaberg Special School. The work is valued at $115,000 and $145,000, respectively.

“This funding committed in the State Budget will go towards replacing two relocatable buildings, lighting, upgrading Block A and removing asbestos,” she stated.

The initiatives will no doubt come as good news for tradespeople in the Wide Bay region, which currently has the highest unemployment levels in the state.

Figures from the Queensland Government Statistician’s Office showed 9.3 per cent of people in Wide Bay were without a job in February 2016. While this is notably higher than the 6.2 per cent average for Queensland last month, Wide Bay saw a 1.3 per cent fall in unemployment year on year.

The decline was the third-largest drop in the state during the month. Meanwhile, 8,500 more Wide Bay residents had jobs in Queensland last month than in February last year. This represented an 8.4 per cent rise, which was the largest in the state for that month.