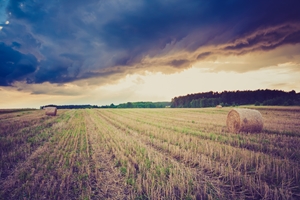 Agriculture, training and educational apprenticeships can thrive from new markets.

As the G20 conference in Brisbane wrapped up this month, a number of key partnerships were developed that could prove great for the prospects of apprenticeships in Queensland.

The Queensland Government is expecting to see increased trade through export markets, improving business and increasing the availability of jobs all over the Sunshine State.

One set of partnerships that have been reinforced at the latest G20 Leaders’ Summit was with the neighbouring Indonesian and Singaporean governments, as new agreements are reached to boost employment prospects across various key industries in Queensland.

Treasurer and Minister for Trade Tim Nicholls gave examples of some of the regions that will see the benefit from these partnerships, including agriculture, training and education sector employment.

“After meeting with Indonesian President Joko Widodo and Finance Minister Bambang Brodjonegoro as well as Singapore’s Deputy Prime Minister and Finance Minister Tharman Shanmugaratnam during the Summit, I’m keen to further our discussions and continue to develop Queensland’s relationship with these important trading partners,” the Minister explained in a recent media release.

“This mission will target important Indonesian and Singaporean markets for Queensland, including our state’s world-class food and agribusiness, and education and training industries.”

Entry-level roles will provide the sustainable skills to meet export demand, with apprenticeships and traineeships a likely source. Meanwhile, Mr Nicholls continued to praise the success of the G20 summit in boosting employment and development prospects for Queensland.

“Queensland’s attractiveness as an investment destination and place for getting business done has been enhanced by the seamless G20 meeting we hosted and it’s important that we continue to foster links in these pivotal countries within the Association of South East Asian Nations (ASEAN) region.”

More in the pipeline

A government statement released shortly after G20 concluded outlined the plans for employment, saying there are “endless opportunities for growth” through strengthening its export markets.

The achievements of the 2014 summit will be built upon over the rest of the year, with the state government saying it is planning to further reinforce this partnership with a trip to both Indonesia and Singapore next month.

“This trip is part of our strong plan to create business opportunities now and the jobs of the future,” Mr Nicholls said.

Around 30 Queensland delegates will make the trade mission between 8-11 December.

As the state develops these pivotal connections, the benefits to entry-level employment will become clear. With export markets built for the future, businesses will need to secure their workforce to meet future demands.

This can lead to a host of new positions to meet production demands, such as farm and horticulture apprenticeships or traineeships in clerical work and the education sector.

With stronger partnerships established directly after the summit, those looking to find an apprenticeship in Queensland may discover the market is fertile ground for building a long-term career.