Social Activists A Force To Be Reckoned With 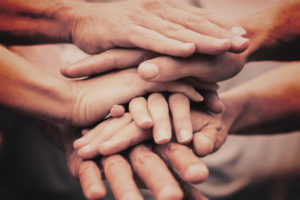 Think about some of the big social issues that have been at the focus of the past few years here and around the world. Marriage equality, climate change, gun control- even the plastic bag bans in supermarkets. No matter what your opinion is on these matters, it’s undeniable that young social activists have had a huge role in catalysing some of these changes.

Sure, it flies in the face of the assumptions that are made about youth- that they are lazy, selfish and entitled- but sometimes we need to change our minds. A recent report by Deloitte has shown that millennials want to make the world a better place, and in fact 84 per cent consider it their duty to do so. We only need to look at how they use social media to engage with political issues, as well as their participation in protests and demonstrations, for proof. Just this March, over a million people in America marched with the survivors of the Stoneman Douglas High School shooting in a fight against gun violence and to call for tighter regulations.

Xiuhtezcatl Roske-Martinez is a famous social activist that has been making noise since he was young. When he was just 15 years old, he made a powerful speech at the UN about the world’s dismal response to climate change. He’s a music artist, has served on former President Obama’s Youth Council and is even part of the group of people suing the US government for failing to act on climate change.

But it’s not just huge icons that are making waves; they inspire and are indicative of the younger generation as a whole and their desire to make a difference in the world. What’s interesting however, is that young people are not only focusing on these issues in their spare time. Instead, their efforts to act ethically and consciously are also manifested in their career choices. It’s not enough for a job to provide security and a stable income any more- now they must also make their employees feel like their work is important to the world.

The Millennial Impact Report recently sought out to find the top qualities young people look for in an employer. The most important thing was what the company does, makes, or sells, followed by the work culture. Third on the list was a company’s participation in supporting particular causes. This means that while support for social issues is very important for young people, the actual function of their work is an even bigger factor. Young people want to know that their talent is being utilised for something positive. They want to know that their time is being spent making the world a better place. They understand how much of their lives are spent working and they want to know that they’re working for things they believe in.

That’s why it’s so important for businesses to be clear on their values. Be honest of course, because young people are also great at being cynical. But if your business is genuine in its engagement with social issues and its function makes the world a better place, then you have the potential to attract and inspire the top candidates in this valuable demographic. They’ll be more loyal to your company, more willing to put in extra work and extra hours and provide more than twice the output of an employee that’s simply satisfied.